What is life without festivals? It’s hard to describe the #feels and freedom that ignites when your fave act takes the stage. And it’s even better when it’s in an exotic foreign location. Thankfully, there are some truly next level festivals on planet Earth that deliver epic elation year in, year out. Get in touch to find out which festival would suit you best! In the meantime, here is a list of awesome festivals all around Europe.

Ultra Europe is the ultimate Eurofest extravaganza. Anyone who’s anyone that loves electro music, knows this is where it’s at for the world’s best EDM DJs, unforgettable stage designs and a generally all-round top tier production that’ll leave you converted.

Of course, Ultra first started out in Miami - and the original is brilliant too. But Croatia’s version in beautiful Split has it all: three days and nights of epic beats, beautiful beaches and, if you do it as part of an Ultra sailing tour (highly recommended!), sailing boats before/after too. Utter beat-dropping bliss.

Why do we love Sziget? Because it goes for an entire week. It’s on a leafy island in the heart of historic Budapest. And the line-up is ALWAYS good. Every. Single. Time. Last year it was Ed Sheeran, Post Malone, Florence + The Machine and more incredible acts. Being multi-genre too, no decent friend out there wouldn’t want to come.

Plus, the island has its own swimming beaches, bars, restaurants and coffee houses on tap (hello 3 euro wines and beers), and the vibe is eclectic and international, with circus, theatre, art and spirituality in the mix. What’s not to love? 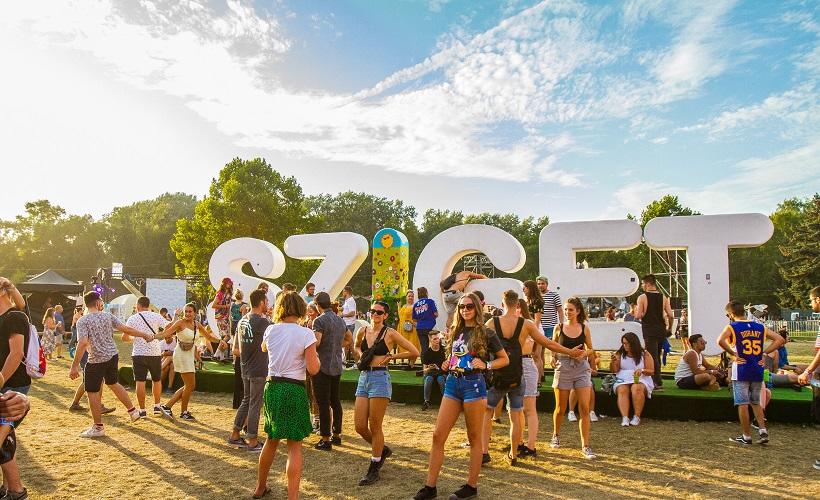 Splendour In The Grass

It’s the Aussie fave and as any real Aussie knows, it deserves a spot up there with even Europe’s best fests. Splendour In The Grass is practically a birthright. You’ve got to go at least once - but more likely, you’ll return for the welcoming vibes, top tunes and brilliant, breezy Byron Bay locale.

With acts like homegrown heroes Thelma Plum and Matt Corby, and the likes of Tame Impala, Childish Gambino and Chance The Rapper, the schedule is always jam-packed with goodness you don’t ever want to miss.

Thought you missed Lollapalooza? Think again. With seven Lollapalooza festivals taking place in seven countries across the globe, there’s plenty of time to get in on the action. Or else, insist on a Lolla repeat. Expect lots of noise, sun and international and national acts over an unforgettable weekend of music and good vibes.

So where’s the Lollapalooza fun in 2020? The Euro hotspots are of course Berlin (Germany), Stockholm (Sweden) and Paris (France). In South America it’s happening in Buenos Aires (Argentina), Santiago (Chile) and Sao Paulo (Brazil). Or else catch it in Chicago in the USA. Why not do them all! 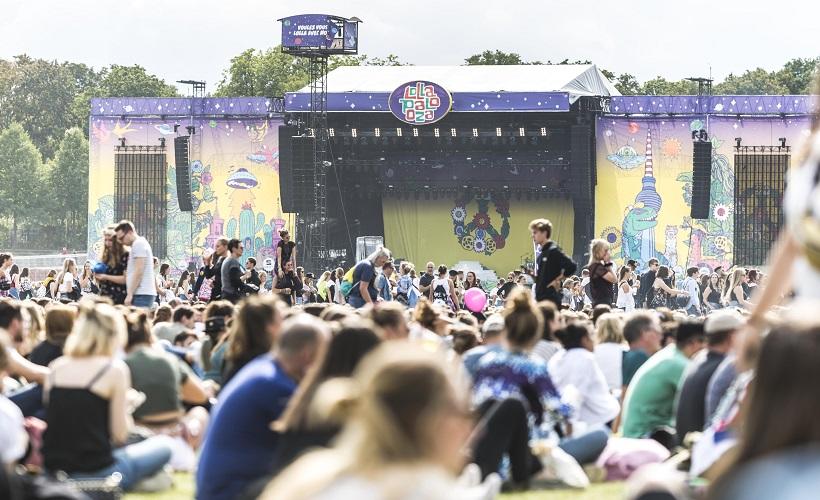 When it sells out in mere minutes and it’s spread out over TWO weekends, you just know it’s going to be good. That’s exactly what you can expect from Tomorrowland - the electronic dance music festival in Boom, Belgium. With EDM, house, techno and hardstyle beats, it’s got every traveller talking. No doubt you’ve seen the Insta pics already - the incredible stage design and theming, the A-list lineups and quirky surprises. It’s proper next level.

Missed out on tix? Jump on a dedicated festival tour (they’ll already have the festival tickets locked in and it’s way more fun), but be quick, because you surely won’t be the only one with that idea.

Festivals flying under the radar...

It’s not so much a top-secret festival, but simply lesser-known among us Aussies. But Reading Festival is probably the UK’s most famous rock music fest, going strong since 1955. From hip hop to house and techno, it has a bit of everything for everyone. Past highlights include The Rolling Stones, Fleetwood Mac and more recently, the brilliant Billie Eilish. 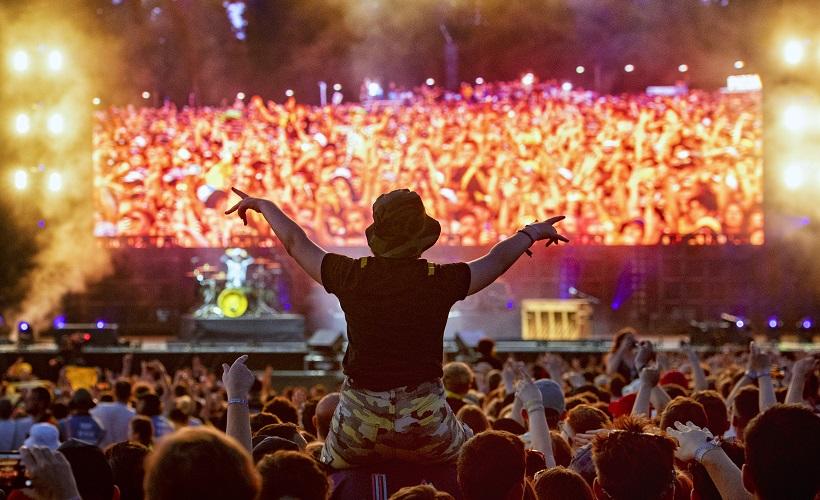 Set in one of New Zealand’s most beautiful spots, Wanaka, the three-day Rhythm & Alps festival offers a perfect blend of local, national and international talent - plus amazing weather and sights, and that super chill Kiwi vibe. And it just happens to coincide with New Year’s Eve, so it’s bound to be memorable.

Everyone’s heard about King’s Day - the epic day of orange-infused national partying that takes over the Netherlands. But the real fun starts the night before - it’s called King’s Night, and a number of killer music festivals have popped up around the Netherlands to make the most of it. Amsterdam is at the centre of the action, but you’ll find awesome festival acts all over the country.

Never heard of it? Okay so this one isn’t so much about the music. But you can count on the fact that you WILL hear bagpipes - because this is Scotland. But we all know that sound and just how much it sets the scene for a true Scottish experience. Up Helly Aa is like a booze-up crossed with a sub-arctic bonfire for an all-night-long party. A celebration of the Shetland Islands’ history and spirit smack bang in the dead of winter.

Aren't those festivals making you want to fly across the globe in a heartbeat to party all night? We're here for real travel so check out our DEALS page for our latest flights, tours & more! 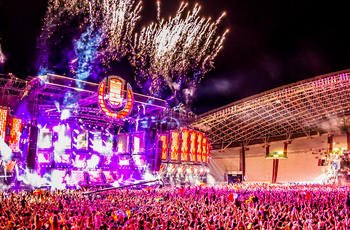 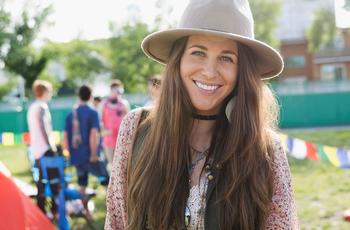 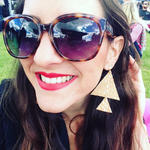 After some hardcore scrimping and saving, Tijana’s first backpacking trip confirmed she was onto something good. She hasn’t stopped since. Fave memories to date include dancing with locals in the streets of Havana, bartering for too many scarves in the markets of India, getting lost in the bustle of Hong Kong, sipping cocktails in the Greek Islands and jumping off waterfalls in Croatia. Now she gets to write about travel for a living – the best way to satiate the wanderlust between adventures.
more articles from this author
Tags:
Music Festivals
culture
summer 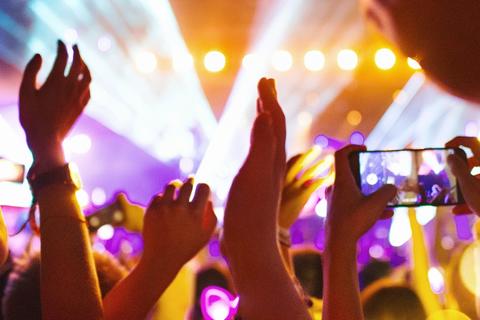 So much hype around Croatia, right? If you’re wondering if it lives up to its reputation, get in touch to book your next party trip! In the meantime, here are 5 reasons why it’s one of Europe’s hottest summer destinations. 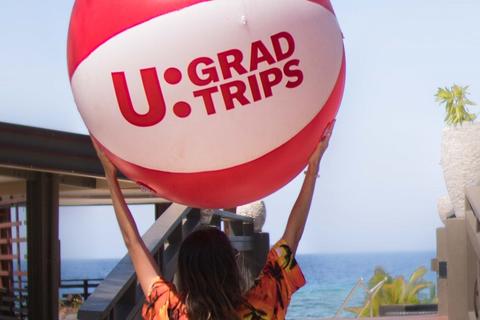 Attention Class of 2020! Unleashed wants you to forget what you know about Schoolies… and get ready for Grad Trip!

We chatted to fun-loving Universal Traveller consultant Lauren Goodwin to get the inside story on Busabout Ultra + Sail Croatia. Lauren sailed the seas, basked in the sun and partied with the best of them at Ultra—and she lived to tell the tale! Just kidding. 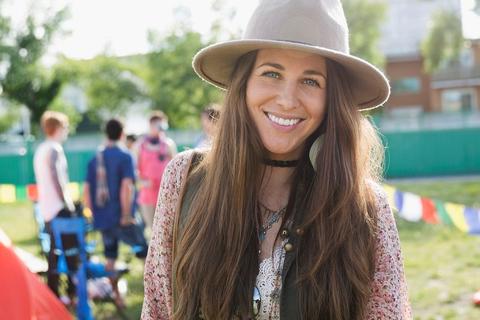 You think you know how festivals in Europe are done? Well we’re here to tell you that we’ve been to them all and seen it all, and these are the 12 characters you’re guaranteed to meet at your next Europe music festival.

A MESSAGE FROM Graham 'Skroo' Turner, CEO Flight Centre Travel Group
SOLIDARITY & PLAYING IT SAFE IN CORONAVIRUS TIMES
Contiki Vs Topdeck: 5 reasons why group travel should be on your bucket list in 2020
Calling All Conscious Travellers: Mindful Trips For The Win
8 Bloody perfect female travel videographers to inspire your next adventure
Podcast Perfect: Ear candy for your travels